Over the past few weeks, we've been casting our nets out into the sea of New York actors in hopes of finding the perfect people to join the mer-family. 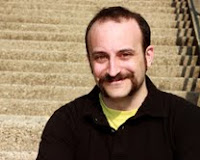 Vinnie Penna* (LOUIS)-Greatest Hits: In NYC, “Hungry Mother” in Native Speech, The Tempest and A Midsummer Night’s Dream (Boomerang Theatre Company); The Vigil or the Guided Cradle (Impetuous Theatre Group); Last Call and Muse of Fire (NY Fringe Festival); and The Ives’ Six-Pack (Bang! Theatre Collective). Regionally, Richard III (title role) and The Cmplt Wrks of Wllm Shkspr (abridged). He also appeared with Mind the Gap in two iterations of the BritBits series. A prolific voiceover artist, Vinnie can be heard on radio, television, videogames, audiobooks, and several animated programs of varying degrees of quality and clarity. Upcoming: the webisode series Exorcists Local 667. Much love and thanks to Paula D., the cast and crew, and as always and for everything, to Shannon and Emmett, his wonderful family.

David J Goldberg (BARRY) is an actor living in Brooklyn, NY.  A native of Washington DC and a graduate of Emerson College, some of his recent off-off credits include Friar Lawrence in Romeo & Juliet (Wings Theater); Guildenstern in Dubstep Hamlet (Webster Hall); Jason in The Fallow House, a devised, improvised play which premiered at Roots & Wings Theatrical's recent festival of new and experimental works (The Bridge Theater); and most recently as Bohdi in The Rogoff Theater Company's New York debut of Quick & Dirty (The Zoo Theater, Triskelion Arts). He has also recently co-produced and starred in the short comedic web-series, Abner, which you can learn about at www.facebook.com/Abner.Baner. Besides acting, some of his interests include vermiculture composting, the films of Terrence Malick, leisure, travel, novelty theory, and poker.  He is grateful to be working with Paula and Mind the Gap Theatre to bring Miss Fleitman's hilarious play to life. 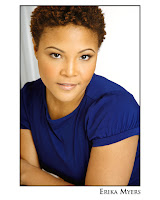 Erika Myers (NETTIE) is a native of Greenville, NC. Stage Credits include:  Shakin' the Mess Outta Misery (Vital Theater Co.), Corner Wars (47th Street Theater), and Crumbs from the Table of Joy (NativeAliens Theater).  Her television credits include "Law & Order:  Special Victims Unit" and a Series Regular role as Dani Ulmer in "12 Steps to Recovery."  Erika is excited to be returning to the stage in her inaugural performance in the New York International Fringe Festival. www.erikamyers.com

Daniel Cibener (JIM/RADISH/K. VODA) is thrilled to be part of this fin-tastic show. If you are still reading Daniel's bio after this joke, he thanks you. A native New Yorker, Daniel has been studying acting since the ripe old age of sixteen, most recently having attended the William Esper Studio. He is currently pursuing work in both theater and film while studying privately with his vocal coach. Previous work has included Henry Hudson in Vital Theater's Matthew Takes Mannahatta, Jack in Prevailing Wins, which premiered at the Midtown International Theater Festival, and Ben Van Diepan in The Serious Theater Collective's darkly comedic musical The Legend of Johnny 15. As always he would not be where he is without the love and support of friends, family and Renee, reminding him every day how truly lucky he is. Visit Daniel at his website: www.danielcibener.com

Shannon Munley (TRISH/ASHLEY) is thrilled to be a part of the Fringe Festival this summer!  She has most recently been seen onstage at the Roy Arias Studios in the original cast of The Meltdown and will be performing with the Broadway Pioneers' debut performance of Second Samuel this fall.  She also can be found backstage with several Broadway productions with Performing Arts Physical Therapy, providing PT to the many performers in need!


Be sure to catch this tidal wave of talent when they storm the stage this August in THE AVERAGE-SIZED MERMAID!

*Appearing courtesy of the Actors’ Equity Association.
Posted by AvgMermaid at 5:28 PM

Email ThisBlogThis!Share to TwitterShare to FacebookShare to Pinterest
Labels: Cast